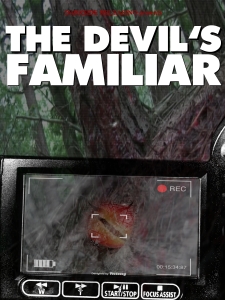 A video camera is anonymously handed into Police, and DCI Barker explains to fellow CID officers, “This is the most bizarre & horrifying case I’ve ever worked on”. The extracted footage is projected onto a screen… The video was filmed by two university students, Elliott & Jake, who were studying the brutal “Ribbesford Woods Murders” which is surrounded by conspiracy theories and legends of a mythical creature living in Ribbesford woods. Were the killing that of an icy serial killer, or the result of the monsterous attacks by a different kindof monster…?

Realm of the Damned

The Truth will Out

The Black Forest (A Mata Negra)