#DarksideReleasing is being gleefully represented at The Fifth Annual International Vancouver Badass Film Festival on Saturday’s “WELCOME TO THE JUNGLE” set on March 30th – featuring the North American premiere of our newest film, the ass-kicking THE BLACK FOREST (A Mata Negra) along with the final theatrical presentation of AMAZON HOT BOX with Tristan Risk David Aboussafy!!! 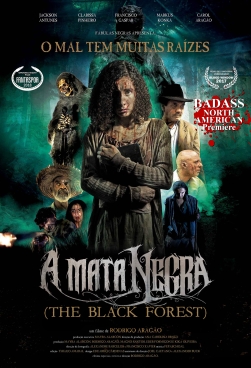 A Mata Negra – The Black Forest – Trailer from Darkside Releasing

I Am an Addict

The Truth will Out

Realm of the Damned

The Black Forest (A Mata Negra)